Time Magazine: How Denmark Sees the World in 2012 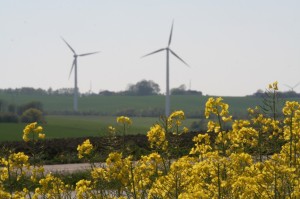 Time magazine’s recent article about Denmark hosting the UN climate summit in 2009 in Copenhagen entited, “How Denmark Sees the World in 2012,” outlines the importance of this summit due to the negotiations necessary to put a plan in place by the time the Kyoto Protocol expires in 2012.

…we need to have a plan in place by the start of 2010 to ensure that there isn’t a fatal gap between the expiration of Kyoto and whatever comes next.

The good news is that there may be no country in the world better prepared than Denmark to play host to a climate summit that could — just maybe — decide the fate of the world.

Denmark is a world leader in wind energy, and produces more than 10% of its power from turbines.

The homegrown wind company Vestas is a world leader earning $8 billion a year, an impressive figure in a country that has barely half the population of Hong Kong.

In addition to wind, the article mentions Copenhagen’s bicycle culture, overall urban livability and the formation of two Ministries dedicated to environmental issues as aspects that give Denmark, and the city of of Copenhagen a leading edge.

Finally, the article rightly emphasizes the importance of U.S. leadership and commitment by the new (much-needed) upcoming administration.

← The Copenhagen Markets is coming
Copenhagen Fashion Week…What a trip! →